Find the best deals on 44 hotels in SeaTac, Washington

Find the perfect SeaTac hotel for business or leisure

Things to do in SeaTac

Are there hotels available near Silver Dollar Casino?

When to book a hotel in SeaTac

How much does a hotel in SeaTac cost per night?

Hostels and cheap hotels in SeaTac

Get the best value hotel in SeaTac

How long do people stay in SeaTac?

On average, people stay in SeaTac for a total of 1 night.

How much does a hotel cost in SeaTac?

A hotel room in SeaTac will generally set you back around 124 C$ per night. This figure is an average and prices will vary according to the facilities, location and room availability at your desired hotel.

When is the best time to book a hotel in SeaTac?

Hotels in SeaTac are usually cheapest during the month of December. You can expect a price decrease of around 21% during this period.

Which day is cheapest to stay in SeaTac?

Saturday is the cheapest day for hotel rooms in SeaTac. Tuesday is the most expensive day.

How much does a hostel in SeaTac cost?

SeaTac Hostels typically cost in the region of 103 C$ a night for each person. This price is taken from hostels and hotels with a 2 star or below rating. Hostels are very economical and come out on average 20 C$ cheaper than the average price of a hotel in SeaTac.

Based on the weather in SeaTac, what attractions are popular during June?

With generally low rainfall expected (41 mm) and an average temperature of 17 °C, those staying at a hotel in SeaTac may want to take some time during their visit to go see popular landmarks in the area. Considering the weather during June, attractions worth visiting near SeaTac are Space Needle, Hood Canal Bridge, and Tacoma Narrows Bridge.

Learn more about these user-preferred hotels in SeaTac 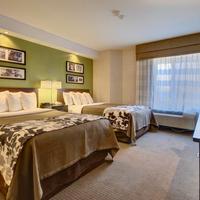 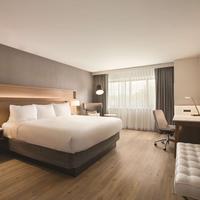 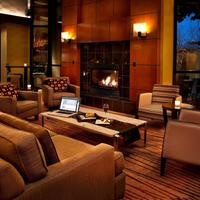 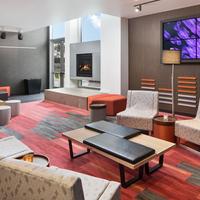 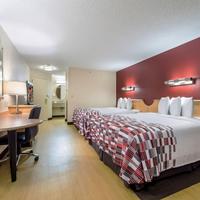 Start planning your trip to SeaTac

Get the latest SeaTac flight insights

Experience SeaTac from behind the wheel! Learn more about the best car rental deals here

Not set on SeaTac? Search the best deals on hotels in these destinations