Find the best deals on 231 hotels in Winnipeg, Canada

Find the perfect Winnipeg, Canada hotel for business or leisure

Things to do in Winnipeg

What is the average price of a hotel near Forks Market?

momondo users have recommended 12 hotels to users looking to stay near Forks Market. Hotels in this area have an average price of 118 C$ per night. These prices may change based on several factors, such as time of year. Hotels near Forks Market are typically 9% less expensive than the average hotel in Winnipeg, which is 130 C$. 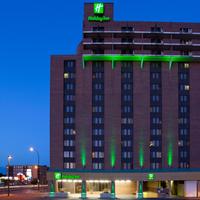 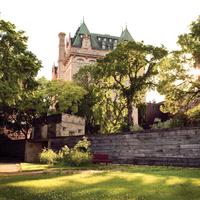 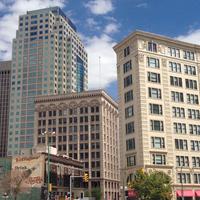 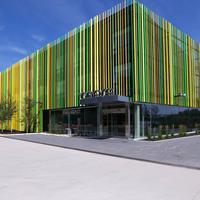 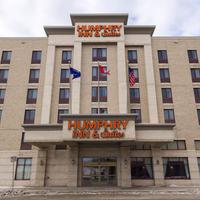 What is the average price of a hotel near Pavilion Gallery Museum?

What is the average price of a hotel near Le Musée de Saint-Boniface Museum?

When to book a hotel in Winnipeg

Let us help you with the best tips about Winnipeg

Winnipeg offers public transportation throughout the city, but it is easier to access in the downtown area. You have the Downtown Sprint by Winnipeg Transit, which offers free travel via Portage Avenue and Memorial Boulevard, then heads over to The Forks. Local bus service is also available, which takes you to neighbourhoods outside of downtown. Winnipeg offers their Navigo system, which helps you plan public transportation routes with ease. Cash fare for the bus system is $2.70 CAD for adults and $2.20 CAD for children. If you pre-purchase a ticket, your ride costs $2.35 CAD per adult and $1.64 CAD per child.

How much you can expect to pay for accommodations in Winnipeg

If you have a daily budget of $100 CAD, you can do quite a bit in Winnipeg. Not only can you book your hostel bed, but you can enjoy local finds from supermarkets and farmer’s markets. Once you bump up to a mid-range budget (which averages $100 – $250 CAD), you can dine at local restaurants, enter most attractions for just $5 CAD or free, and stay at a mid-range hotel.

Traveling to Winnipeg with children

Do not let the artsy vibe of Winnipeg fool you. This city is rich in activities for children of all ages. In the Forks, you have the Manitoba Children’s Museum where everything is hands-on. Also, the Manitoba Theatre for Young People has fun, engaging performances for children. Then you have the Assiniboine Park Zoo which features more than 200 animals.

How much does a hotel in Winnipeg, Canada cost per night? 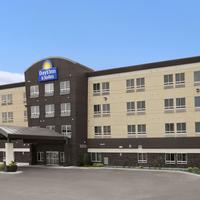 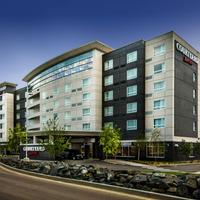 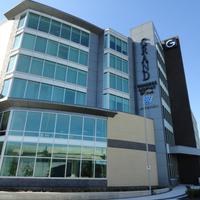 #2 most popular
The Grand Winnipeg Airport Hotel by Lakeview
9.2
138 C$

Hostels and cheap hotels in Winnipeg

These hotels and hostels are the cheapest accommodations available in Winnipeg, Canada 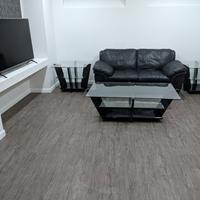 Get the best value hotel in Winnipeg

These Winnipeg hotels have the best prices for their ratings

Where to stay in Winnipeg

Best places to stay in Winnipeg

Winnipeg is a vibrant cultural centre with locals who are sincere, self-sufficient, and welcoming. Winters here might be cold and long, but you would never guess it from the attitudes of the locals. The city stays alive regardless of the weather outside, and with numerous indoor activities, you will find something year-round to stimulate your imagination. While you are here, explore the neighbourhoods of Winnipeg and find hotels that suit your budget and travel plans.

Enjoy upscale shopping, some of the tastiest macaroons in the world and boutiques on every corner while you travel along Academy Road. While one of the more swanky areas of town, you have eateries like Fusion Grill and InFerno’s Bistro to try out. Stay at the Clarion Hotel Winnipeg, which is just across from Academy Road.

Chinatown might consist of just a few blocks, but this historic little section of Winnipeg carves out some of the most cultural and exotic experiences you will have in the city. Find local shops filled with gourmet teas, ancient herbal remedies and spices. For a good hotel option, stay at the sleek 4-star hotel known as Mere.

West End is the artsy side of Winnipeg. From live music played by local musicians on the street to the art work and specialty grocery stores from around the globe, you cannot escape the vibrancy of this neighbourhood. Hotels on the West End side are relatively affordable compared to other areas. Options include the University of Winnipeg Downtown Hostel and the Humphry Inn & Suites.

Al fresco dining, gelato and a lively atmosphere are just some of what you can expect in Corydon. Known as Winnipeg’s “Little Italy, Corydon Avenue has a vast array of cuisines and street art to explore. In fact, this is where you find The Colours of Corydon which consist of 8 large metal abstract figures painted by local artists. Stay at the Norwood Hotel which puts you close to downtown and Corydon.

Downtown Winnipeg is so diverse and vibrant that it really speaks to the artistic nature of the city. It is the home of the Winnipeg Jets so all ice hockey lovers will find that a draw. You have easy access to public transportation and everything is within walking distance from downtown centre. Stay at The Fort Garry Hotel, Spa and Conference Centre, a historic hotel that offers luxury accommodations. For a sleek, modern hotel, try Alt Hotel Winnipeg which is one of the few hotels in the area without a specified check-out time. Also, you have Delta Hotels Winnipeg, with an indoor pool, contemporary rooms and a strategic location.

Winnipeg is not an expensive city to visit. In fact, you have budget-friendly hotels scattered throughout the city, including main neighbourhoods. If you want to save the most, avoid cheap hotels in Winnipeg and opt for hostels instead. Hostels have minimal amenities, but by offering less, they let you save more. The rooms are usually quite clean and the hostels are located in convenient and safe areas. Unless you plan to spend a lot of time in your hotel room for the duration of your trip, hostels are ideal for saving money. The quaint Guest House International, known by the locals as “The House, has lodged thousands of travelers, including Olympians. The Lennox Bell Lodge on the Health Sciences Centre Winnipeg campus is also an affordable stay, but note that this hostel is only for patients and family using the health centre’s services. If you are in the area for treatment, the Lennox Bell Lodge is minutes from the MTS Centre and downtown. Outside of hostels, you have The Marlborough Hotel, which is a breathtaking historic hotel offering a cheap nightly rate, or the Victoria Inn Hotel & Convention Centre, which offers kid-themed suites, poolside rooms and the Dino Beach Water Park.

What to do in Winnipeg

Winnipeg has something to do year-round. The city residents have acclimated to their colder winters, and by doing so, they have created things to do regardless if the grass is blanketed with fresh snow or the temperatures outside are scorching.

How long do people stay in Winnipeg?

On average, people stay in Winnipeg for a total of 2 nights.

How much does a hotel cost in Winnipeg?

A hotel room in Winnipeg will generally set you back around 108 C$ per night. This figure is an average and prices will vary according to the facilities, location and room availability at your desired hotel.

When is the best time to book a hotel in Winnipeg?

March is the cheapest month to book a hotel in Winnipeg. Prices can be 72% lower than other, busier months, so this is a great time to get a good deal.

Which day is cheapest to stay in Winnipeg?

Room prices for hotels in Winnipeg will be at their lowest on Saturday and peak on Wednesday.

How much does a hostel in Winnipeg cost?

On average, a hostel in Winnipeg will be priced around 88 C$. This price will be per person, per night and was obtained using hostel and 2-star or below hotels. In comparison, this will be 20 C$ lower than your typical Winnipeg hotel.

Learn more about these user-preferred hotels in Winnipeg

Start planning your trip to Winnipeg

Not set on Winnipeg? Search the best deals on hotels in these destinations