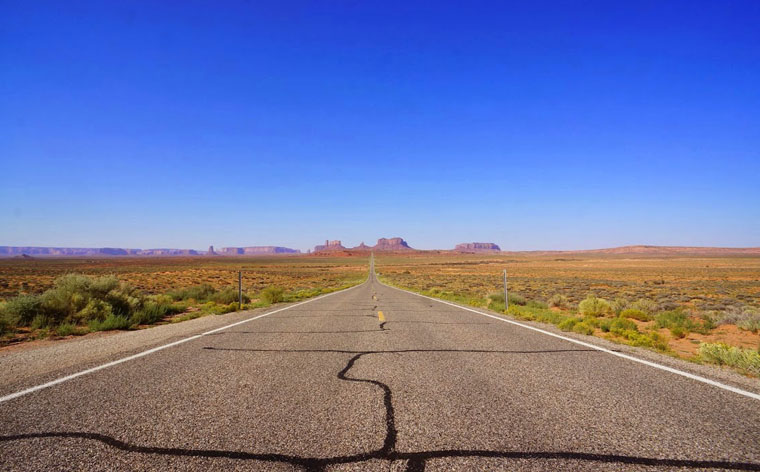 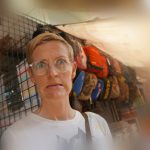 Planning on an iconic US road trip through the Southwest? No doubt you’ve got your sights set on some of the country’s most incredible national parks.

But as jaw-dropping as they are, don’t forget about the smaller sights. Dotted along your route, no matter what that may be, are dozens of state parks, national monuments, historic parks and more, all of which are worthy for your road trip.

To help you plan your perfect US road trip, we’re going to take you through California, Nevada, Utah and Arizona. We won’t set a route, that’s up to you and your timing, instead we’ll list the smaller sights close to the bigger parks, so once you’re done gazing up at Half Dome or down at the Grand Canyon, you can take a dip in Mono Lake or a cruise down Route 66.

Hit play on our Southwestern US road trip playlist, and buckle up: you’re in for one heck of a ride.

California has 14 national parks, including Yosemite, Death Valley, Joshua Tree and Sequoia National Parks, so if you’re in the state, chances are you’ll be visiting one of them. And, if you’re doing that, why not plan a visit to one or two of the smaller sights? 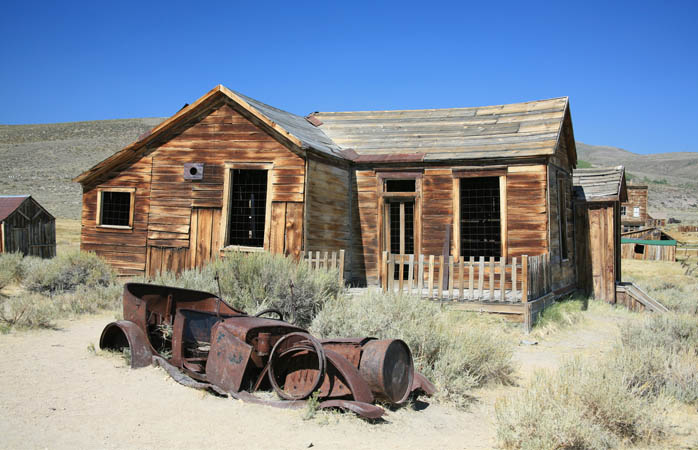 Lots to explore at Bodie

An old mining town established in 1877, Bodie was finally abandoned around the 1940s, and officially became a state park in 1962. Now it’s preserved in a state of ‘arrested decay’, meaning that buildings may be rebuilt and mended – but only to the state that photos from 1962 show them. With stocked stores and rusting cars for you to wander around, it makes for an absorbing afternoon. 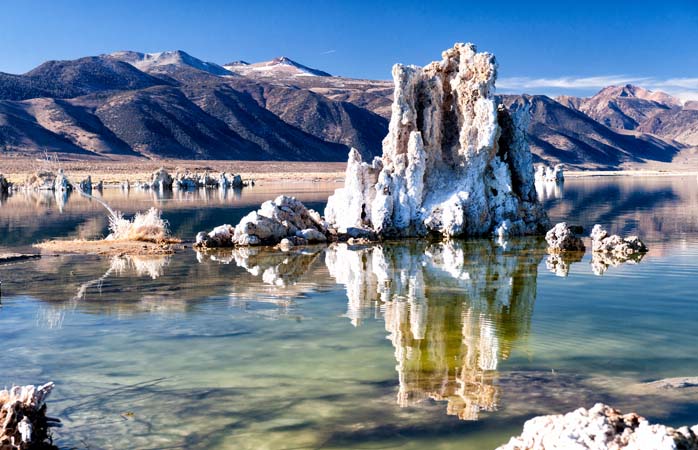 Check out Mono Lake, about 45 minutes’ drive from Bodie, for a memorable dip – over twice as salty as the ocean, you’ll feel unusually buoyant (but prepare for a sting if you’ve got any cuts). Rent a kayak to glide between the ‘tufa towers’, calcium-carbonate spires and knobs slowly built up through the interaction of freshwater springs and alkaline lake water, or take a hike along the lake’s edge. 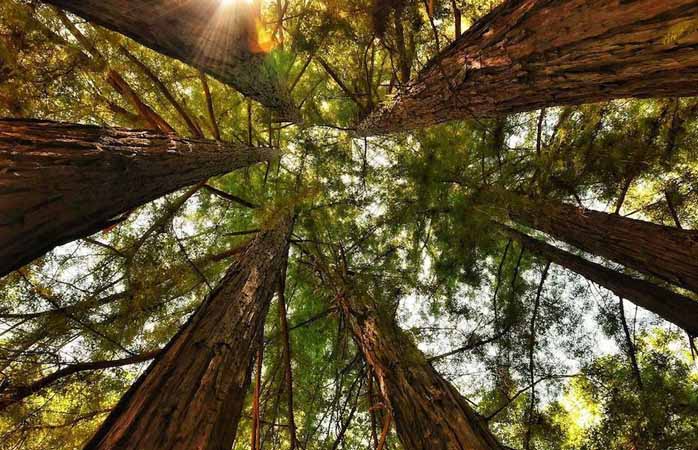 If you didn’t get a chance to visit the redwoods in northern California, now’s your chance to get up close to these giants. Pfeiffer Big Sur State Park, along the scenic Pacific Coast Highway, provides beautiful hikes through redwood groves, and just around the corner is Pfeiffer Beach, a small but memorable sandy cove with clear water and jagged rock formations. You can camp and hike at the state park or take a stroll and dip at the beach. Better yet, do both!

Find a flight to San Francisco

It might not be your cup of tea, but Las Vegas is always good for a night or two on any US road trip, and anyway, it’s bang in the middle of canyon country. As an undeniable bonus, it provides a great gateway to a few alternative destinations. 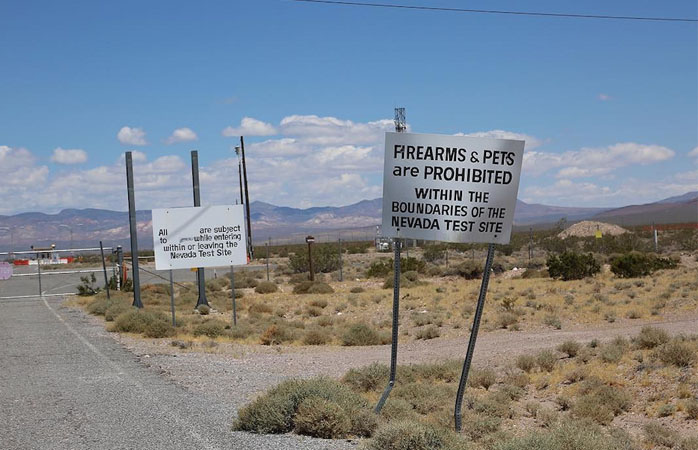 Bored of Vegas? Why not go on a nuclear test site tour? Check out Nevada National Security Site to find out if there are any tours planned, and then head to the Atomic Testing Museum. It’s where the tours leave from and well worth a visit in its own right. Places go on a first come, first served basis, so be sure to get there early! 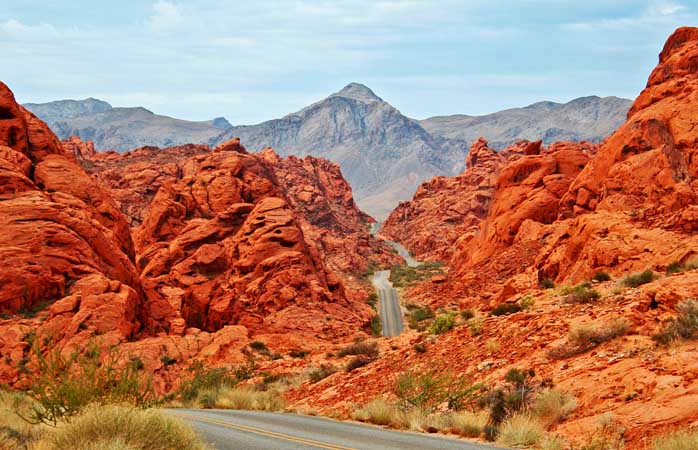 Leaving (or arriving in) Vegas? Don’t miss Valley of Fire State Park, a cluster of bright red Aztec sandstone outcrops nestled between grey limestone. You can drive through the park or get out and hike (which you should).

Nearby is St. Thomas, a former Mormon settlement from 1865 that was flooded when Lake Mead was created. While the lake still exists, years of on and off drought coupled with increased water consumption has meant that after 70 years underwater, the settlement has reappeared. Now it’s easily reached by a cool – and rather eerie – little hike. 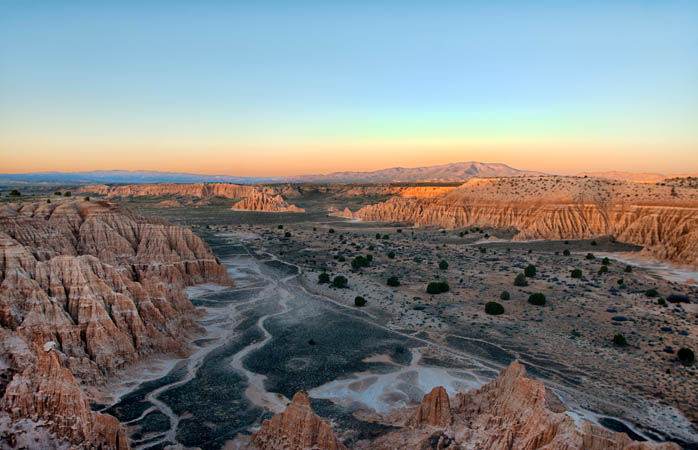 Pick up your jaw! © John Fowler

Get off the beaten path at Cathedral Gorge, a valley created by deposits left by volcanic eruptions a long long time ago. Centuries of erosion have left us with spire-like formations and narrow gorges that snake through the landscape – all of which you can hike through.

Find a flight to Las Vegas

Utah is a hiker’s paradise. Home to the ‘Mighty Five’ (Arches, Bryce Canyon, Canyonlands, Capitol Reef and Zion National Park), the state is essentially the ultimate outdoor playground. You could spend forever here, but if you’re pushed, hit Bryce and Zion. Oh, and Arches. And Canyonlands. OK, look just do it all. And then do these too. 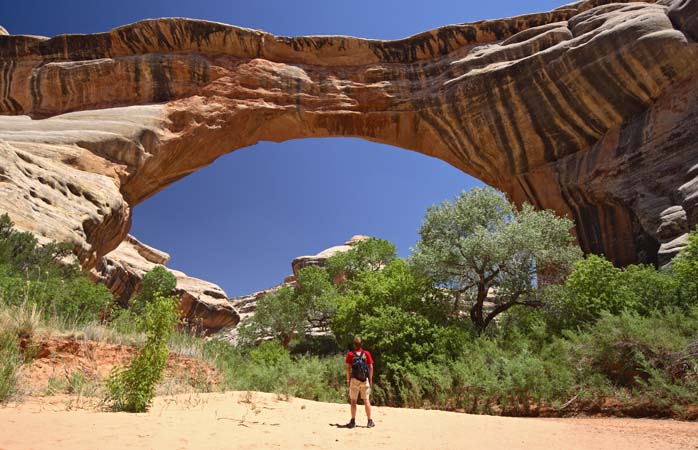 Natural Bridges, Utah’s first national monument and America’s eighth, was declared a national monument in 1908. It has a scenic drive for those in a hurry, as well as five hikes ranging from 30 minutes to six hours, so there’s really no excuse for not getting out and having a good wander. It’s also the first International Dark-Sky Park, which means it has some of the darkest and clearest skies in the US. 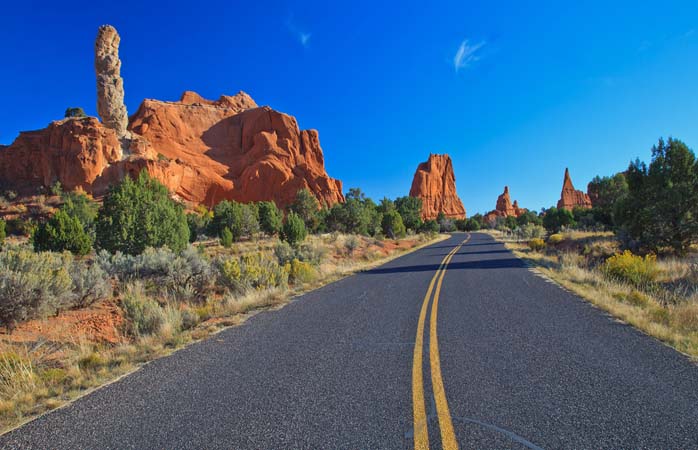 So pretty. So get out and explore! © Murray Foubister

There isn’t really a general consensus on how Kodachrome Basin State Park was formed, but everyone agrees that it’s really quite beautiful. Named by the National Geographic Society after the new brand of Kodak colour film they used, the park has a number of hiking trails that wind around the hoodoos (tall spires of rock) and monolithic red rock spires. You can also go horseback riding if you want to let loose your inner cowboy or girl. 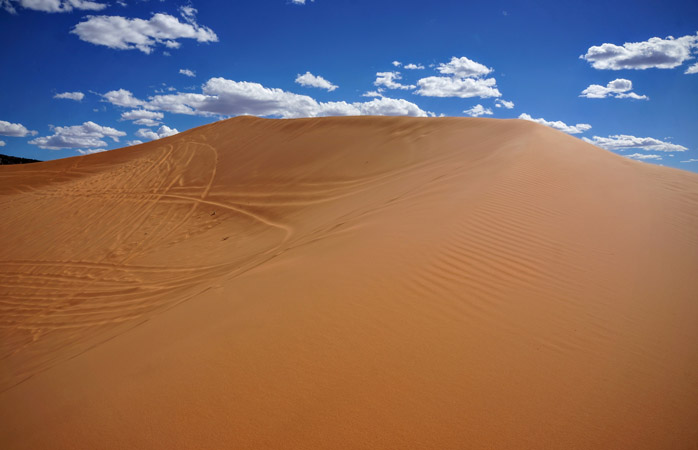 Bigger than it looks …

Tucked off State Route 89 sits Coral Pink Sand Dunes, a sweeping collection of sand dunes formed by the erosion of pink-coloured Navajo Sandstone that surrounds the park. The park is open for quad biking, but it’s perfectly safe to have a good wander up and around the dunes, and that you should. They’re beautiful.

Ah, Arizona. Home to what must be the most well-known national park of them all, the Grand Canyon. Add to that Saguaro National Park, Petrified Forest National Park, Canyon de Chelly National Monument, Glen Canyon National Recreation Area … well, the list goes on.

The state is positively littered with must-dos for any road trip. Here are three more (and a free fourth: head to the North Rim of the Grand Canyon for 90% fewer people but 100% of the views). 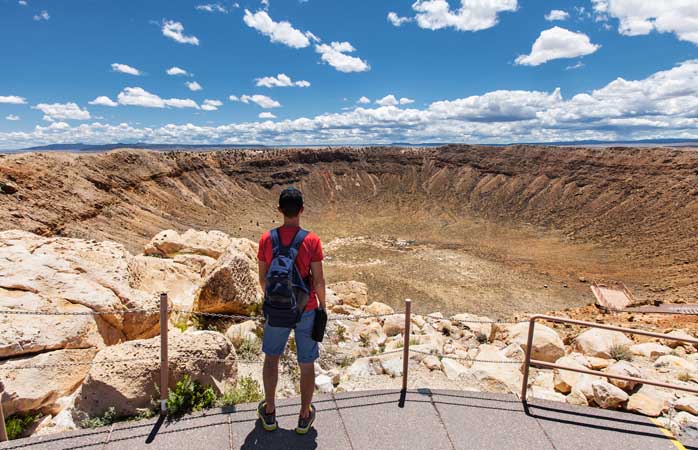 It’s basically a really big hole. But then so is the Grand Canyon

Near to Flagstaff is the Meteor Crater – the world’s best preserved meteorite impact site. While you can’t go down into the crater, you can wander around the rim and gawp into the huge hole that was left after an asteroid impacted with the earth around 50,000 years ago. Doomsday fun for the whole family. 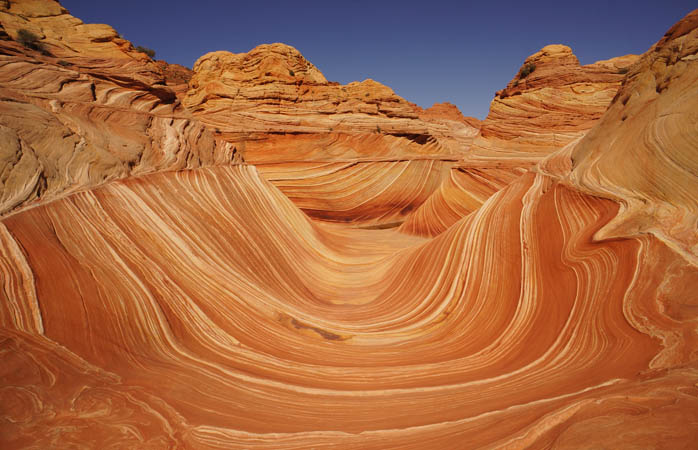 Give the lottery a try. You might get lucky!

A bit of a tricky one having this on the list, but if you’re doing the perfect road trip, then why not try to get a spot on the much sought-after hike to The Wave? Only 20 permits are issued per day, and you’ll have to apply three months in advance, but it’s absolutely worth it. Try your luck and pack a LOT of water. 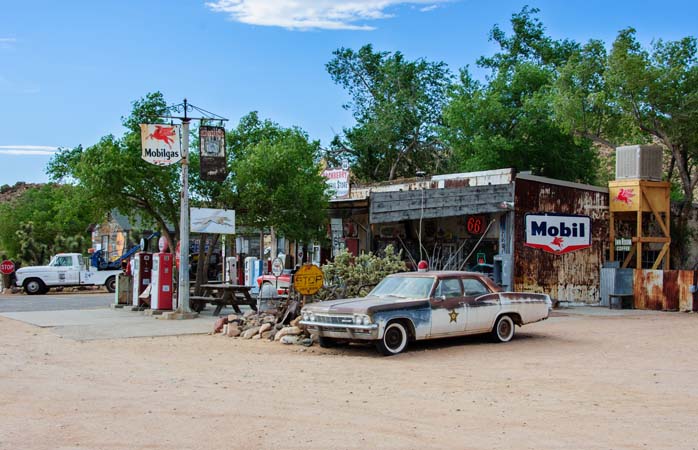 Full of kitsch to take home

The final destination on our list is more of a journey than a destination. If you’re in the area, be sure to cruise down the longest unbroken stretch of old Route 66 from Seligman to Kingman, both in Arizona, via the Hackberry General Store (also known as the “Mother Load of Mother Road Memorabilia”). It’s the definitive addition to any Southwestern road trip.

Find a flight to Phoenix
Pro-tip! If you are heading out on a US road trip, be sure to buy an annual America the Beautiful pass. For $80, you can visit as many parks and monuments as you want instead of paying for each one. Given that some parks charge $30 per car, you can easily make your money back.

Planning your perfect road trip? Start with our tips for an easy ride, but if you’re already planning and hungry for some bigger canyons, check out our guide to canyon country 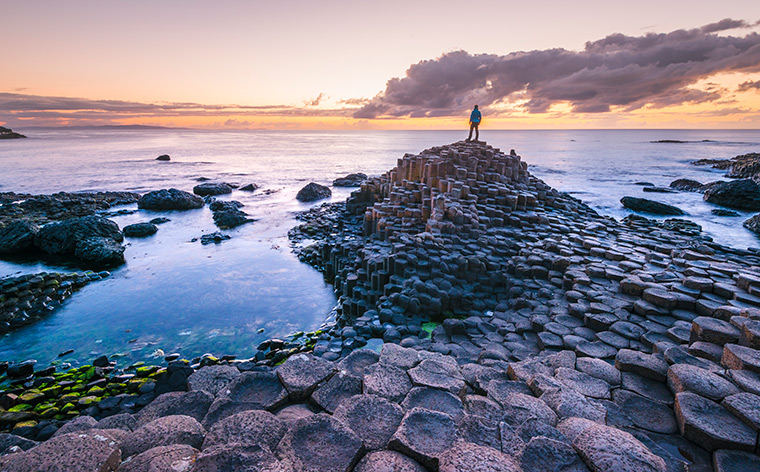 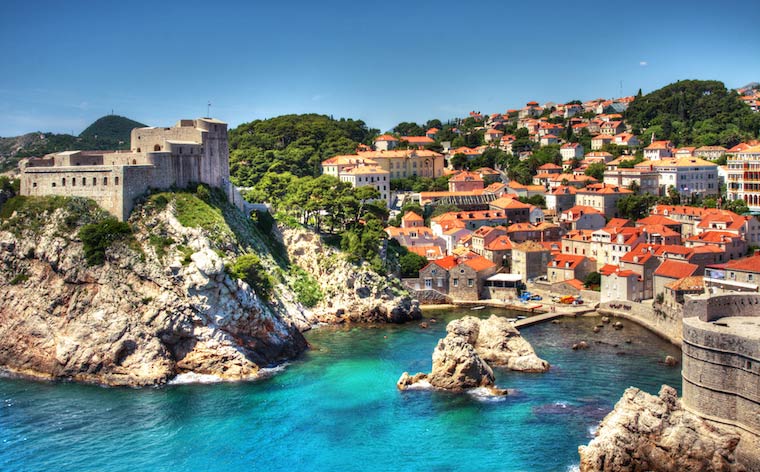 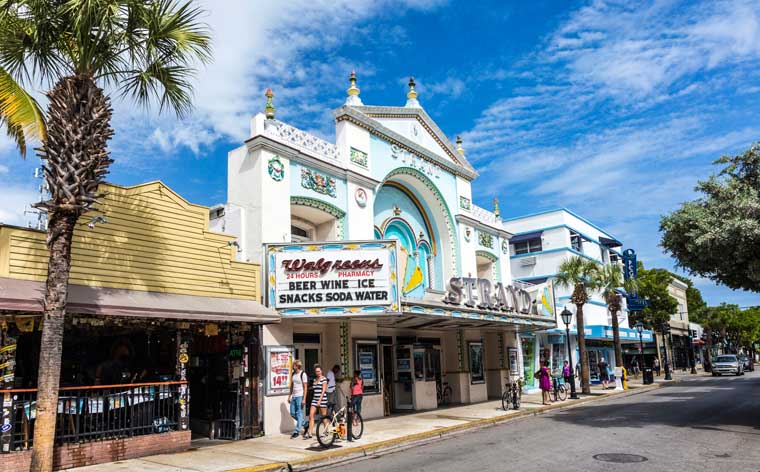 An epic Florida road trip off the beaten path